Bale misses out of Madrid squad for Man City game

Gareth Bale has been left out of Real Madrid’s squad for the Champions League game against Manchester City on Friday night, despite being fit and… 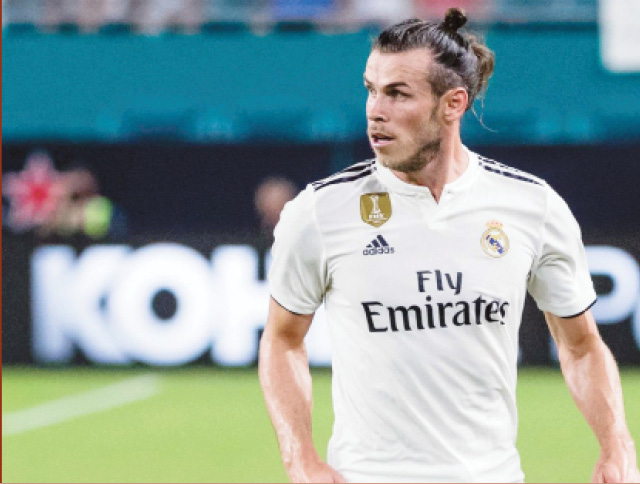 Gareth Bale has been left out of Real Madrid’s squad for the Champions League game against Manchester City on Friday night, despite being fit and available.

Real are set to face City at the Etihad Stadium later this week in the second leg of their last 16 tie, trailing 2-1 after the first leg at the Bernabeu way back in February.

Zinedine Zidane could have selected Bale for the travelling party to England and used him on the night but the former Spurs man has been dropped completely and won’t travel.

Club captain Sergio Ramos on the other hand is suspended, after picking up a yellow card in the first leg, but will still travel as a non-playing member of the squad.

Bale started just 12 games in La Liga this season, as Real regained the title from Barcelona, with six more appearances coming off the bench.

Since football returned in Spain in June, the 31-year-old made only two appearances for the club in last stretch of the season.

Against Eibar on June 14th he came on for the final half an hour in a 3-1 win, and 10 days later he started against Mallorca and was taken off after 71 minutes in a 2-0 victory.