Negotiation must begin in 14 days or he would go to court, his lawyers say 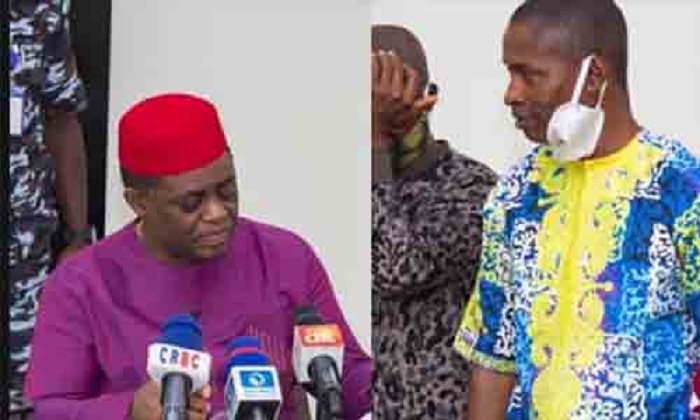 A video has since emerged showing Fani-Kayode in a tirade against the reporter who did not retaliate.

Former aviation minister Femi Fani-Kayode has demanded N6 billion in “token amount for penitence” over the contents of a citizen opinion article published on its platform.

He says negotiation must begin in 14 days or he would go to court, according to a letter from his counsel being circulated to media outlets.

He has demanded the article be retracted and an apology published in two national dailies within 14 days from receipt of the letter.

Daily Trust is yet to formally receive his complaint.

It comes as blowback continues in the wake of the #bankrolling video now gone viral, in which he insulted and threatened Daily Trust’s Calabar correspondent Eyo Charles.

Charles had asked who was bankrolling Fani-Kayode’s tour of states to inspect governors’ projects, considering he holds no official position.

The video sparked reactions across social media and drawn condemnation from different, prompting calls to boycott his continued tour.

It also unleashed a flood of opinion articles from different quarters, including one written by citizen Iliyasu Gadu.

Fani-Kayode’s counsel, Adeola Adedipe, of Ahmed Raji & Co law firm, claim their client was defamed by the article addressing his treatment of Charles.

He said Fani-Kayode had lost goodwill and is currently confronted with “unbearable opprobrium” by his fans, followers and colleagues across the globe.