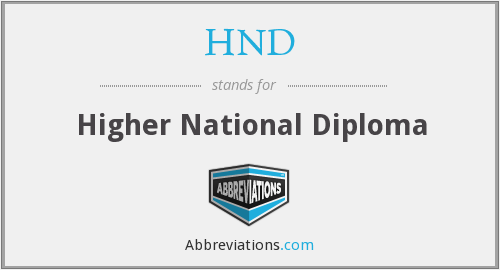 The president, Architects Registration Council of Nigeria (ARCON), Oladipupo Gabriel Ajayi, has said holders of Higher National Diploma ( HND) in Architecture were excluded from registration by ARCON because people believe they do not have sufficient educational qualifications to be licensed as architects in Nigeria.

“Unfortunately, in Nigeria, we believe you can cross without paying the price. How do you become an engineer or a medical doctor without fulfilling the requirements? We have problem of nomenclature in Nigeria. People don’t want to accept what they have, whereas in China, Canada, where I have visited, the middleman power shakes the economy. For Nigeria to develop, we need the middleman power more than the executive.”

“By the law establishing us, we are not competent to induct and license HND graduates as architects. ARCON is not a degree-awarding school, we are a regulator of the profession. For the HND graduates, they need to return to school, upgrade themselves to the executive line.”

He said ARCON has  held a lot of meetings with HND graduates through their associations and  have been able to convince some of them, hence, they withdrew their cases from the court.

“With this development, agitation hitherto coming from that end has subsided greatly. Today, I am sure that, those with HND know the route to go. It is either you had done Finals 1, Finals 2, then enlist for Architects Regularisation Programme (ARP) and after, enlist for Architects Competency Programme (ACP) or with your HND, you go to the university to get your B.Sc in architecture and then, you enlist for your Master’s degree.” He added.

Ajayi, however, noted that all HND graduates are recognized but as technicians. He added that ARCON inducts those who wish to stay on that level as technicians.

He said: “It is unfortunate that, many don’t want to be recognised as draftsmen. That is the word. I was a draftsman, but I upgraded myself by going to the university to spend eight years and two years for pupilage before I became a registered architect. By and large, this issue is being resolved as some of them, have already registered to do the April programme and I wish them well.”