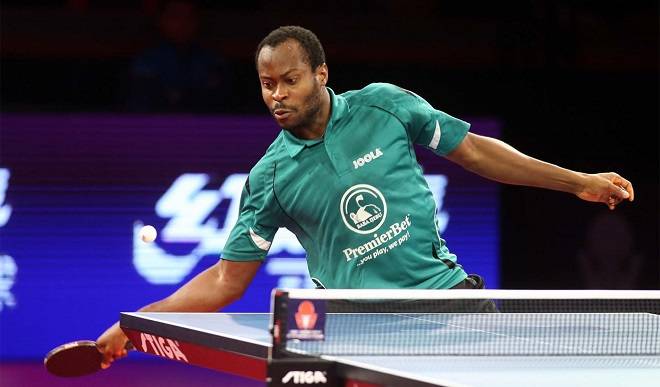 Attributing the victory to the support from his fans at the tournament, Quadri said he has decided to dedicate his success to the massive support he received from the huge crowd who continously encouraged and motivated him throughout the five-day competition.

Aruna Quadri said, "what matters is that a Nigerian finally wins the tournament. The cup belongs to all Nigerian players who supported me. Segun Toriola called earlier before the tournament to encourage as well as give me some tips before the match."

NTTF president, Ishaku Tikon said, "I was optimistic before the tournament that a Nigerian will win and that’s exactly what happened. I know the status of my players and I was confident and optimistic that it will end this way.

“Although there are many Nigerians who lost, but in table tennis, someone must win and someone must lose. The ones that lost, they have learnt from the match and next year, they will improve."

According to Tikon," Aruna has proven to the world that his current ranking as No. 18 is not by mistake. In the nearest future, Quadri will be ranked No. 10. More of Aruna Quadri has been discovered, we will work on them to become international players."

The LOC Chairman, Mr Wahid Oshodi said "with Aruna Quadri winning, it strikes many emotions. Before the match, he was very nervous and shaken. I reminded him of our 12 years journey and told him he is one of the biggest players in both table tennis and sports in Nigeria. I told him he could do it and the fans lifted him.

"I have been with Quadri in many tournaments around the world, he would have lost today but the fans lifted him and he performed in a fantastic way. The CEO of ITTF called to say the noise in Lagos can be heard in Singapore. His coach, Sharafa from Oyo also did tremendously well. The fans from day one were fantastic and they deserved to enjoy this.

"Table tennis is a selfish game where people don’t support their opponent, but in Lagos, every match was applauded."