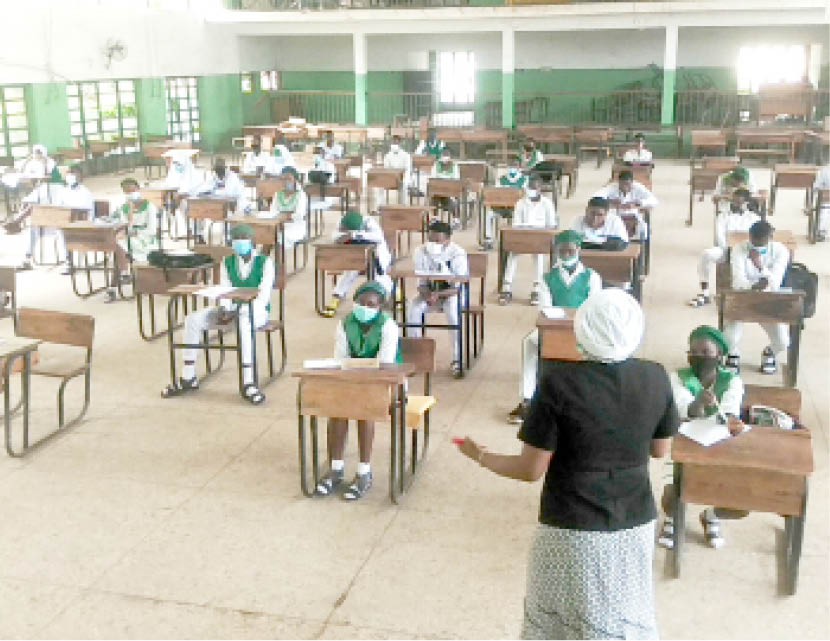 The United Nations in Nigeria on Tuesday said safeguarding education from attack is urgently needed to restore confidence in schools as places of protection for children and teachers.

This is particularly pressing in light of COVID-19, which affected 46 million primary and secondary learners across Nigeria due to pandemic-related school closures.

As the schools re-open

He noted that prioritising safety in schools for educators and learners is an indication of the Government’s commitment to protecting investments in the education sector and a validation of Nigeria’s endorsement of the Safe Schools Declaration.

While the world marks the first-ever International Day to Protect Education from Attack under the theme “Protect Education, Save a Generation” more than three million children in the conflict affected states of Borno, Adamawa and Yobe in north-east Nigeria are in need of education-in-emergency support.

“Education is essential to helping crisis-affected communities in the north-east rebuild and recover.

“Attacks on schools are a direct attack on future generations.

“I call on all parties to the conflict to take all necessary measures to protect education and give learners a chance to build
a brighter future,” Mr Kallon said.

The protracted conflict in the north-east has had devastating impacts on education.

According to UN, more than 1,500 schools were forced to close and some 4.2 million children in the north-east are at risk of missing out on an education.

Hundreds of girls have been abducted, some even from their own schools, which are meant to be safe zones.

Notably, many children have been used to act as carriers of person-borne improvised explosive devices.

The attacks on schools, communities and education itself are tragic consequences of a protracted conflict that has left a generation of
children traumatized.

“As the world fights to contain the COVID-19 pandemic, children and youth in conflict zones remain among the most vulnerable to its devastating impact.

“We must ensure our children have a safe and secure environment in which to learn the knowledge and skills they need for the future,”
said United Nations Secretary-General António Guterres.

The UN vehemently condemned any and all attacks on education including abductions of school children, school-related gender-based violence, herders-farmers clashes, and repurposing of schools for use as isolation centres, IDP camps, markets or for military purposes.

“Our collective future as well as the achievements of all development goals depend on it.

“Safeguarding the right to education for all contributes to the achievement of sustainable development and nurtures the international community’s decades-long gains towards peace, economic prosperity, and social inclusion worldwide.”

Left unchecked, the UN said incessant attacks on schools and learners could reverse the gains on education investments made by government of Nigeria, the UN and other multilateral, bilateral, and private sector partners over years.

“Attacks on schools are a violation of humanity and basic decency.

“We must not allow these senseless attacks to destroy the hopes and dreams of a generation of children.

“We must do all in our power to ensure that schools and the children and teachers within them are protected,” said Henrietta Fore, UNICEF Executive Director.

“As the world begins planning to re-open schools once the COVID-19 pandemic subsides, we must ensure that schools remain safe places of
learning, even in countries in conflict.”

With school reopening plans underway in many states, the UN called for increased funding, noting that it would go a long way in mitigating the effects of prolonged school closures on learners, especially vulnerable children, including girls and others living with disabilities.